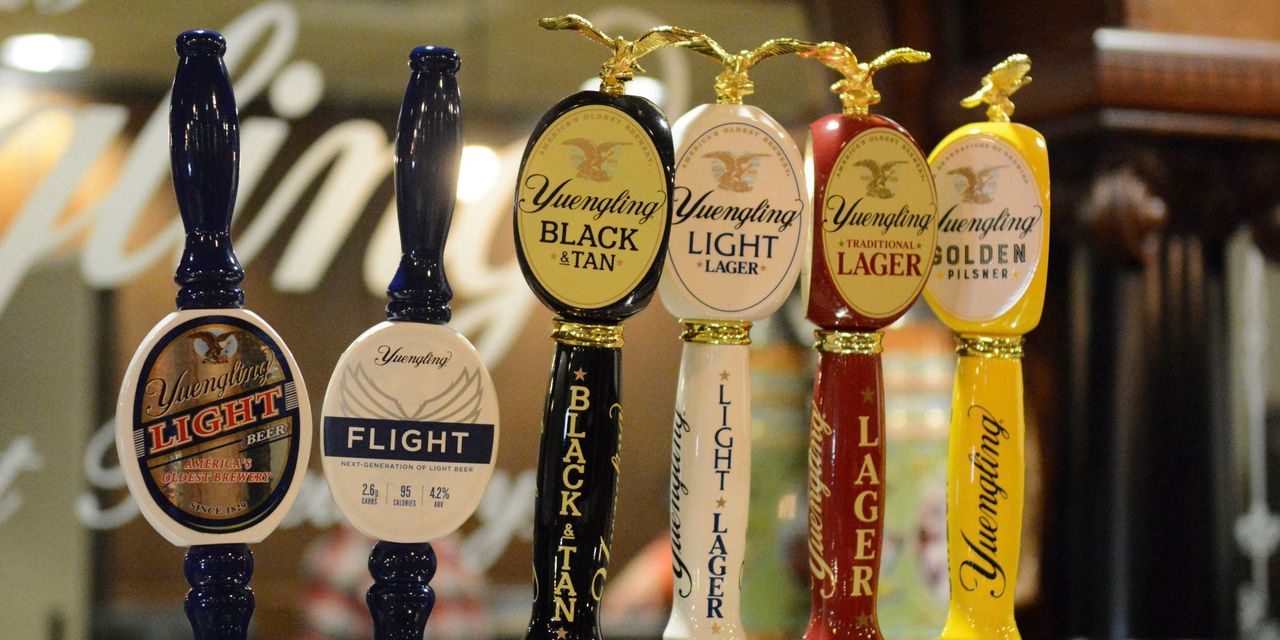 Molson Coors Beverage Co. is forming a joint venture with family-owned D.G. Yuengling & Son Inc. to start brewing and selling Yuengling beer beyond the East Coast, as both companies search for growth amid the pandemic.

Yuengling is the sixth-largest brewery in the U.S., and its beers are currently available in 22 states. Molson is grappling with a yearslong decline of its core light lager brands, and both brewers have weathered a drop in sales this year from pandemic-related closures of restaurants, bars and other venues.

Yuengling plans to expand on its own into three New England states, with beer brewed in its own facilities in Pennsylvania. The partnership with Molson will cover all expansion beyond that, the companies said. Molson will produce Yuengling beers in its breweries and launch them in the second half of next year, they said.

Molson’s research suggests that there is demand for Yuengling across the country, Molson Coors Chief Executive Gavin Hattersley said in an interview. “The sky is the limit because there’s zero Yuengling sales outside those 22 states,” he said. “From a growth point of view, it’s a perfect opportunity for both companies.”

Yuengling’s beers may take some sales from Molson’s existing brands but overall the company expects the partnership to generate more sales, a Molson spokesman said.