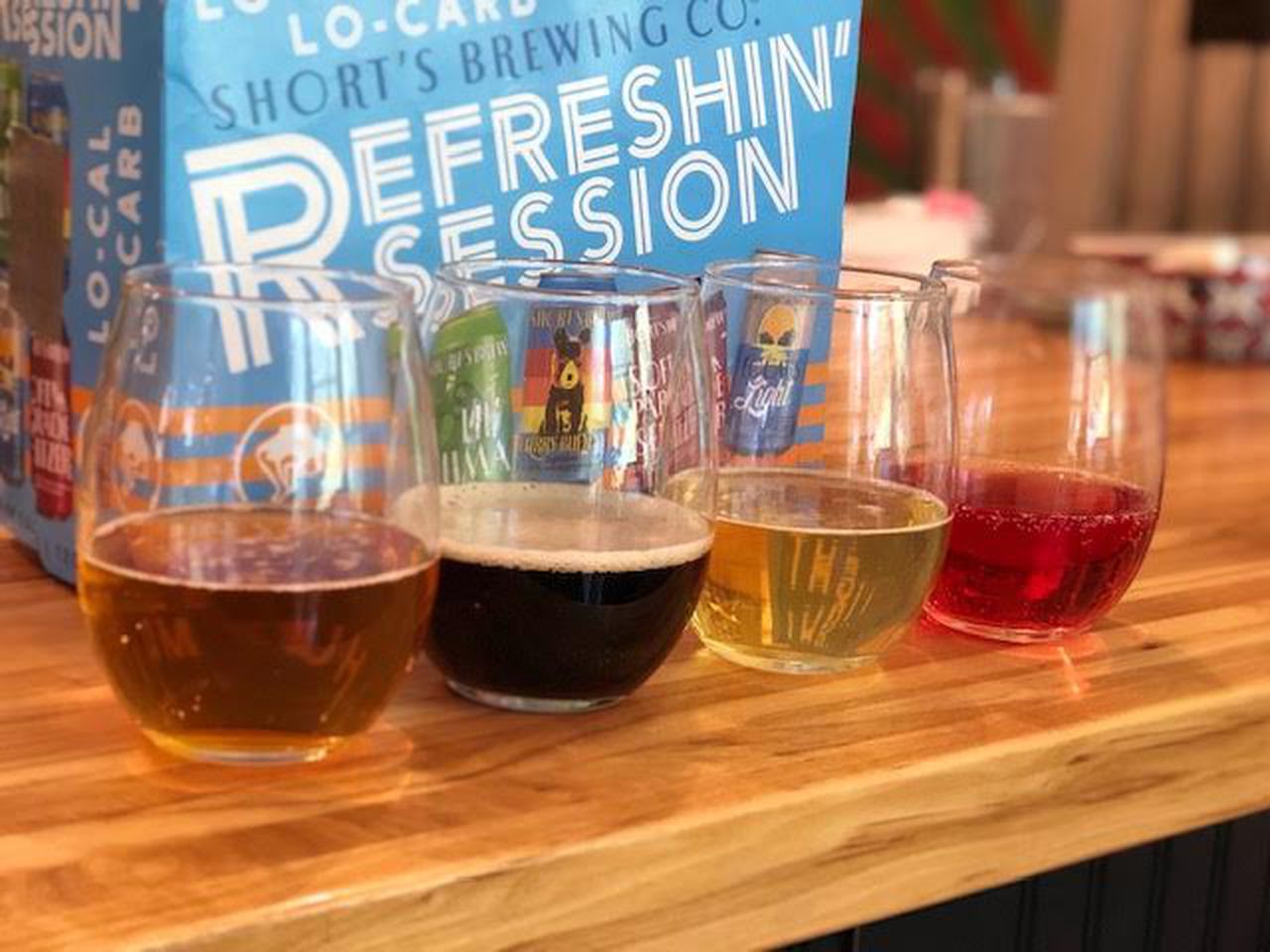 TORCH LAKE, MI – Short’s Brewing craft beer delivered to your lakefront oasis via seaplane – is there anything more Up North summer than this?

Joe Short, owner of the popular Bellaire-based Short’s Brewing, took the co-pilot’s seat next to his friend, Steve Smith, for a string of recent waterfront brew deliveries that had his customers – and their neighbors – buzzing, according to the Associated Press.

While the seaplane deliveries are done for now, they might make a return.

“Sometimes you just gotta take a moment, get crazy, and do something cool,” the brewery’s staff posted on Facebook this weekend, with a video highlighting the waterfront deliveries. “Thanks everyone who participated in seaplane beer delivery — we hope you had as much fun with it as we did. Heck, we might even do it again! But until then, you can still get our beer delivered to your door.”

RELATED: Beer of the Week: Your one-stop summer party pack from Short’s

Some of the handful of people to get the recent air deliveries made a party of it, inviting friends and neighbors over to watch the splash-down.

“He (Smith) likes to get his airplane out, fly it around and have fun bouncing around the lake,” Short told the Traverse City Record-Eagle for a recent story. “I was like ‘Alright cool, let’s put it together.’”

One of the recent lucky recipients was Kathy Bryant, who hosted a cookout at her tiki bar on Elk Lake.

“This is a highlight of our summer, absolutely,” Bryant said. “To see a seaplane come in right to your front step and deliver beer and hop off. I mean, this was just phenomenal.”

For more information on Short’s Brewing deliveries and online ordering, check the website.