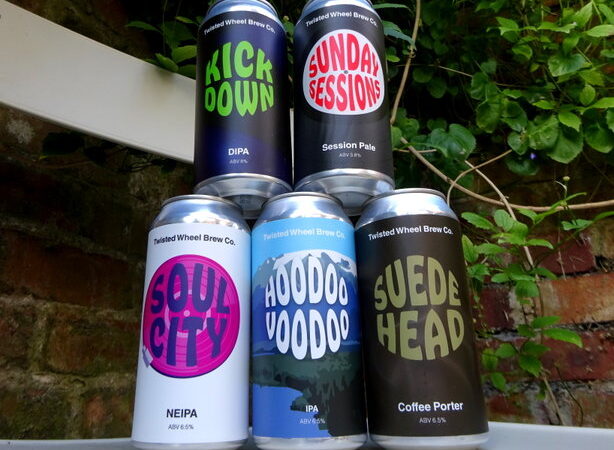 On the face of it, beer and music seem like natural bedfellows. So, why have history’s most exciting musical movements often spurned this delicious, miracle brew?

Perhaps it was just too tricky to pogo with a pint or do the mashed potato while clutching a half of mild. Or maybe it was because beer didn’t deliver the necessary stimulation – for certain types of music at least. If they’d been downing hefty imperial stouts in the Haçienda, maybe those famous repetitive beats would have had to be renamed ‘flaccid house’.

Then there’s the fact that some of our most celebrated music venues didn’t even sell alcohol. Take Manchester’s Twisted Wheel, for instance. Opening in 1963 on Brazennose Street before moving to Whitworth Street in 1965, the Twisted Wheel was mod and soul central – a sweat-slicked cellar for fans of black music in the city and beyond.

Even once the Wheel stopped spinning, its influence trundled on. Its uptempo American sound became categorised as ‘northern soul’, sending a generation of tank-topped kids spinning through a whirl of lost 1970s’ weekends. Meanwhile, its original DJ, Roger Eagle, co-founded Liverpool’s scene-making Eric’s club, a venue that (among many other things) became a second home to the young Julian Cope, one of this website’s favourite ever interviewees. 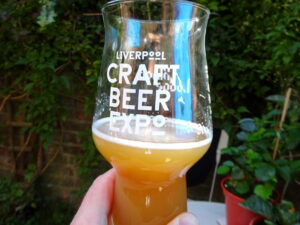 It might seem a little perverse, therefore, to name a brewery after a venue that sold nothing stronger than frothy coffee and Coke, but the Twisted Wheel Brew Co. from Standish, near Wigan, has done just that. Right across its range, there are twitches and nods in the direction of mod and soul culture, with beer names like Suede Head and Soul City capturing something of the scene’s climax-hungry, clenched-jaw vibe.

Twisted Wheel leapt into life last October, initially brewing cask beer for pubs. The coming of COVID-19 prompted a sudden backflip, and they poured their resources into creating a range of canned craft beers suitable for online sales and home delivery – although they’re now introducing beers in cask and key keg once again. Ranging from a sprightly pale called Sunday Sessions up to a chunkier chocolate stout called Velvet Bomber, they make beers to suit all-night swigging, contemplative sipping, and every mood in between. 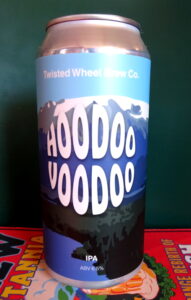 Having been sent a few cans to sample, my first impression is that these beers are a cloudy bunch, but as the brewery proudly states, they’re “unfiltered and unfined”, so the haze is all part of their charm. Soul City (6.5 per cent ABV) is a New England IPA, so you’d expect it to have the opaque inner glow that’s typical of the style, and this one has a beautiful, deep orange tint. Orange dominates the flavour too, with low bitterness but a tight astringency that delivers just enough bite.

Fruit flavours also burst through in two more of the beers, with Hoodoo Voodoo (6.5 per cent ABV) and Kick Down (8 per cent ABV) both drenching the palate in a splash of refreshing juice sensations. The former is my favourite – a foggy orange beer that looks like a well-shaken Britvic mixer, with flavours that flood into sweet grapefruit and peach before a creeping bitterness dries the tongue. Kick Down, on the other hand, is deliciously overripe – as if made from the kind of fallen fruit you might find underfoot, crawling with lightheaded wasps. 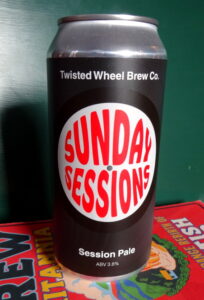 The beer most likely to quench the thirst after a sweaty dancefloor workout is Sunday Sessions, at just 3.8 per cent ABV. Thanks to the touch of creaminess that accompanies its hint of lemon squash, it’s my least favourite of the bunch, but the dusty black-coffee kick of Suede Head (6.5 per cent ABV) is much more to my taste. This silky brown porter is made with coffee from Ancoats Coffee Co., and with its velvety texture and spirity twist, it’s like a good americano with a splash of something more potent.

Like any decent DJ selection, the brewery’s choices are a blend of crowd pleasers and quirkier offerings, but from their floor-fillers through to their connoisseurs’ favourites, these are ales to satisfy a wide range of beer lovers. And although the original Twisted Wheel crowd may not have been much bothered about beer as they danced the night away in that Manchester cellar, this range is a respectful tribute to a sound and scene that blazed across the North.

There’s always a final gulp, of course. But like any good club night, these are beers that leave you calling for just one more.

Find out more about Twisted Wheel Brew Co. at twistedwheelbrewco.co.uk